We believe that every goalkeeper should have access to professional quality goalkeeper gloves that are also affordable. We don’t cut corners, which is why we stand behind every pair of gloves we make. Let’s face it, playing goalkeeper is arguably the hardest position to play in soccer. Goalies have to be confident, mentally tough, agile and have good hands. Their most important tool besides their brains is unquestionably their gloves.

SST Sports Football Goalkeeper Gloves is recommended for goalies to enhance their grip on the ball. The all-weather goalkeeper gloves have an ergonomic design and give extreme comfort and performance. Wear the best fit according to palm size.

The benefits of wearing football gloves

Football Goalkeeping Gloves enhance performance and add protection on the field. They feature technology to help promote a stronger grip, that provides an edge whether you’re trying to snag a ball out of the air or gain leverage in the trenches.
Football is a family of team sports that involve, to varying degrees, kicking a ball to score a goal. Unqualified, the word football normally means the form of football that is the most popular where the word is used. Sports commonly called football include association football (known as soccer in some countries); gridiron football (specifically American football or Canadian football); Australian rules football; rugby football (either rugby union or rugby league); and Gaelic football. These various forms of football share to varying extent common origins and are known as football codes.

There are no reviews yet. 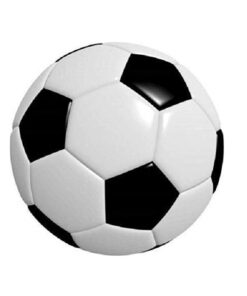