Home Cricket Top 10 Most Beautiful Women Cricketers in the World 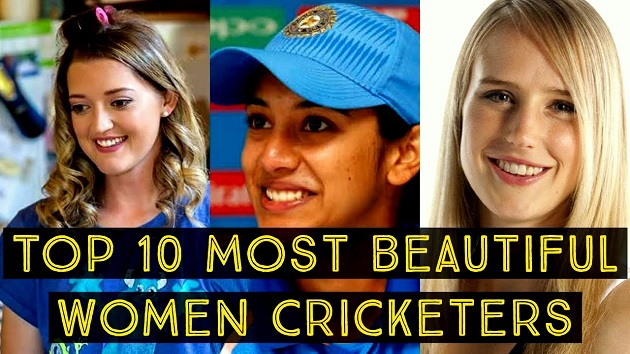 Women’s cricket has undergone massive improvement and transformation over the years – from batting to fielding and bowling. Women cricketers have earned great reputation and much deserved appreciation from the followers of the sport. The growth in women’s cricket has been commendable of late and now cricket boards have started hosting Test cricket as well – something we can consider a great success in the game. Women cricketers have repeatedly proved their mettle and done incredibly well when it meant the most.  There is no denying that women are showing their strong capabilities and sporting spirits on the playground and we can say the women’s cricket future is bright for sure. Well there is so much to talk about the achievements of these great cricketers. In this post, however, we will have a quick look at some of the most beautiful female cricketers in the world.

The Top 10 Most Beautiful Women Cricketers in the World