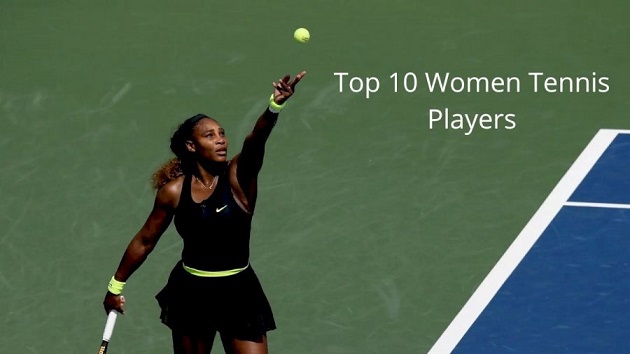 Choosing the top ten in any field is not an easy job at all. If we try to list the Top 10 Greatest Women’s Tennis Players of All Time, the task is actually painstaking as there have been just so many amazing female players over the past five decades of the Open Era – not considering the great players in the 20th century. There has been a drastic change in the fitness regimes, racket technology, and nutrition over the past several years and these changes are further adding to the process of shortlisting and choosing the best amongst the best.

So, after screening the enormous statistical records and news reports from different sources, I could manage to prepare this list of the Top 10 Greatest Women’s Tennis Players of All Time for your reference. So, without wasting further time, let’s check this list out.

The countdown of the top 10 Women’s tennis players in the world is as follows:

She was ranked world number one in 2003 after winning the US Open and French Open. In 2004, she won the Gold Medal at the Athens Olympics along with her maiden Australian Open title. She clinched 7 Grand Slam titles throughout her career. Her retirement came abruptly in the year 2008. However, she came back for a very short period in 2010 to retire in 2011.

While she has been through many injuries, Venus was unquestionably an outstanding performer in this sport. Between 2000 & 2001, she captured 4 of her 7 Grand Slam victories. Venus has won five titles at Wimbledon with the last in 2008.

Hope you like the the top 10 Women’s tennis players in the world.