Home Team Sports Top 10 Baseball Stadiums in the US 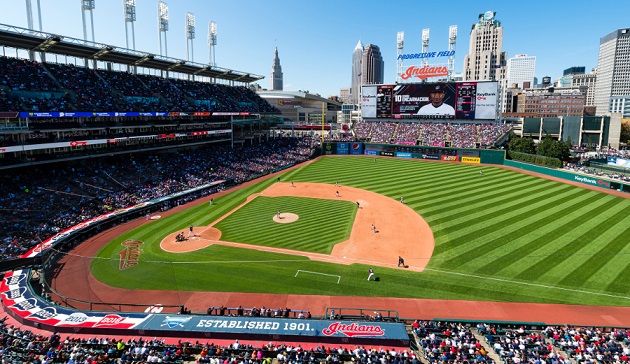 If you wholeheartedly love baseball, the stadium might simply be the place to watch games. However, for casual fans, the on-field product isn’t essential to enjoying a day at the park. From the scenic views at PNC park, the slugger’s paradise whose field here are the best baseball stadiums in the U. S. Factors in the ranking are interior features and the park’s design includes outfield dimensions—and the external view.

10. AT&T park: Located literally on the edge of the San Francisco Bay spectators can soak up the stunning view at the end up with nose bleed seats. so really anywhere you said is going to be quite enjoyable this stadium opened up in 2011 to replace the decaying candlestick park in the stadium. it’s $357000000 to construct and it’s about 41000 people what’s also crazy about this place. that people actually went around the canoes in the harbor hoping to snag a home run ball. this is really. the only place you can do that another iconic image in this place is the coca Cola bottle and the old fashioned love just over the left-field due to its low elevation and often foggy conditions it’s really big considered as a pitcher’s ballpark and pages from all over the league market game here on their calendars.

9. Coors field: Situated in downtown Denver hitters will rave about the older thin air at mile high city and you can expect to see more than 10 total runs scored every night home to the Colorado Rockies baseball team. they’ve enjoyed winning more than half their games here and their pitching is beginning to improve. it’s definitely a difficult task it’s the only baseball park designed at such a high altitude.

8. Kauffman stadium: The Kansas City Royals won the World Series in 2015 against the New York Mets and since then it’s been one heck of a ballpark to visit the Royals crown is placed on top of the big screen in center field next to the color-changing fountains with the Royals turn into a winning team.

7. target field: Another AL central park target field is brand spanking new and is one of the coolest open-air stadiums in the MLB located in Minneapolis Minnesota you come across some of the most polite fans of baseball and everyone comes to support the twins even if they’re not playing all that great however the twins are beginning to look a little bit better with quality pitching from angel acquisitions such as Ervin Santana and also Hector Santiago the early months in spring and September you can get a little bit chilly but as things start to heat up the stadium can experience about a 70 percent attendance average in 2010 it was ranked as the best feel by ESPN magazine.

6. angel stadium: located right across the street from Disneyland this is certainly a magical place to spend your time watching baseball being home to the young star Mike trout you certainly will get your money’s worth watching history being made this is also home to the LA angels.

you most likely will never have to worry about a game getting rained on or there be a weather delay the food and the ambiance could use a little bit of work but there certainly is that social vibe that is famous for the big gay which is this giant sign displayed outside of the stadium entering the stadium. you’ll see these large caps in a well-designed exterior with Mike trout pretty much untraceable at this point it may be in the home stadium for quite a long period of time.

5. PNC park: Welcome to the National League central Pittsburgh Pirates this old fashioned baseball field sits right in front of 1 of the most beautiful skyline to the U. S. this is found along the banks of the Allegheny River on the north side of Pittsburgh here you’ll also have a great view of the sixth street bridge which showcases some of the city’s quality still work. it was renamed by the Riverdale commented bridge after 1 of the pirate’s hall of fame players you better 317-lifetime average during the earlier years of the pirate’s organization what’s also interesting about this stadium is the limestone facade here in this photo we see the facade made up of the same thing as Egypt impairments with the statue of their this Wagner this guy has 1 really expensive baseball card by the way if you find it.

4. Busch Stadium: Locate the metropolitan area of St Louis Missouri the new Busch Stadium ballpark as a maximum capacity of 46000 people you can also forget about those fancy IPA designer beers and grab yourself some freshly brewed Budweiser this beautiful stadiums sports a great deal of an American monument just past center field was spectators being able to easily see the Saint Louis art while watching baseball.

3. Safeco field: share in the field with the Seattle Seahawks the stadium puts you right in the middle of the Seattle sports see many visiting teams will tell you that it’s not an easy place to play and they are quite surprised by how rowdy the fans can get here it’s also described as one of the loudest MLB stadiums be located in the Pacific Northwest is renowned for its high-quality seafood served at the game with fairly recent additions like Nelson Cruz and Robinson Cano the Seattle mariners have a good chance to do some damage this year especially if their star pitcher Felix Hernandez achy Felix can say healthy this season.

2. Wrigley Field: Wrigley Field is basically a museum where baseball games take place is the second oldest MLB ballpark which opened in 1914 over 100 years ago. this is located on the north side of Chicago and is home to the Chicago Cubs. its unique most obvious feature is its brick walls in the outfield which are covered in Boston ivy and kind of spread quickly. it’s really the only thing that can cushion an outfielder’s collision with the walls the scoreboard has also been around since 1937.

this is the part that’s known for its vintage style so they may never change anything here the Chicago Cubs. they are believed to have had a curse placed on them for 71 years a man with the Billy goat was asked to leave a game. because of the odor during a game of the World Series in 1945 against the Tigers unhappy with being told to leave he placed a curse on the cubs and they lost the World Series that year and what they make it back until 2016.

1. Fenway Park: The oldest and possibly the most unique baseball stadium out there is certainly been way park home to the Boston Red Sox. this stadium was built in 1912 and hasn’t changed a whole lot since its most notable feature is the green monster out in left field no 1 is going to be able to rob home runs over this fence. it rises 37 feet high in the sky. this photo was taken in 1996 of the green monster before additional seats were replaced at the top in 2005.

it used to be covered with advertisements like you can tell from this photo taken in 1914 with the crowd sitting below despite the stadium above his head throughout the years it still displays that vintage style unique here in the United States. red Sox had 1 too many banners to hang up but finally, in 2004 they broke a drought lasting longer than 80 years against the St Louis cardinals.

Why Indian Fail to Clinch a Medal at Olympics Despite Being a Sports Loving Nation?